Ken Roberts serves as President of Cooper Roberts Research. He is responsible for client support and development, as well as project design consultation and analysis. Ken has more than 30 years experience in marketing research, covering many industries and most marketing research techniques.

Prior to founding Cooper Roberts Research in January 1991, Mr. Roberts was with SPAR/Burgoyne in a number of research positions. In 1984, he became the manager of their client service office in San Francisco, where he was responsible for the company's entire West Coast operation.

Ken graduated with a double major (B.S. in Mathematics and in Business Administration) from Northern Kentucky University. He has completed graduate work at Xavier University in Cincinnati. 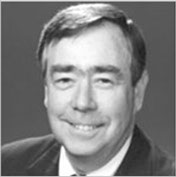 As a founding member of both Cooper Roberts Research and Cooper Research in Cincinnati, Sandy Cooper served as Chief Executive Officer for both organizations, prior to his retirement. Cooper Research has provided custom marketing research for the health care industry since 1983. His primary role at Cooper Roberts was that of design consultation and oversight of day-to-day production of those services provided through our joint Telephone Research Center. He combines more than 30 years of marketing research experience and marketing knowledge. In addition, Sandy served as a legal expert for many clients.  He remains an advisor and mentor to Cooper Roberts Research.

Prior to founding Cooper Research, Mr. Cooper served as President and CEO of Burke Marketing Research, Inc., one of the world's largest custom marketing research firms. During his 17 years at Burke, he progressed from an Account Executive in Burke's New York office to managing the entire National and International operations as the firm's CEO. Mr. Cooper guided the course of this firm's handling of over 50 million dollars in research.

Prior to joining Burke, Mr. Cooper was a Product Research Brand Manager at Procter & Gamble in Cincinnati. He graduated from Lafayette College (AB/Chemistry) and has done undergraduate and graduate business studies at Xavier University in Cincinnati.

A former member of the Young President's Organization, he also assisted in founding CASRO, the national trade association for marketing research companies. After its founding, Sandy served for two years as Board Chairman. Sandy has also served on several college advisory groups and has authored technical papers in both the marketing and marketing research fields.